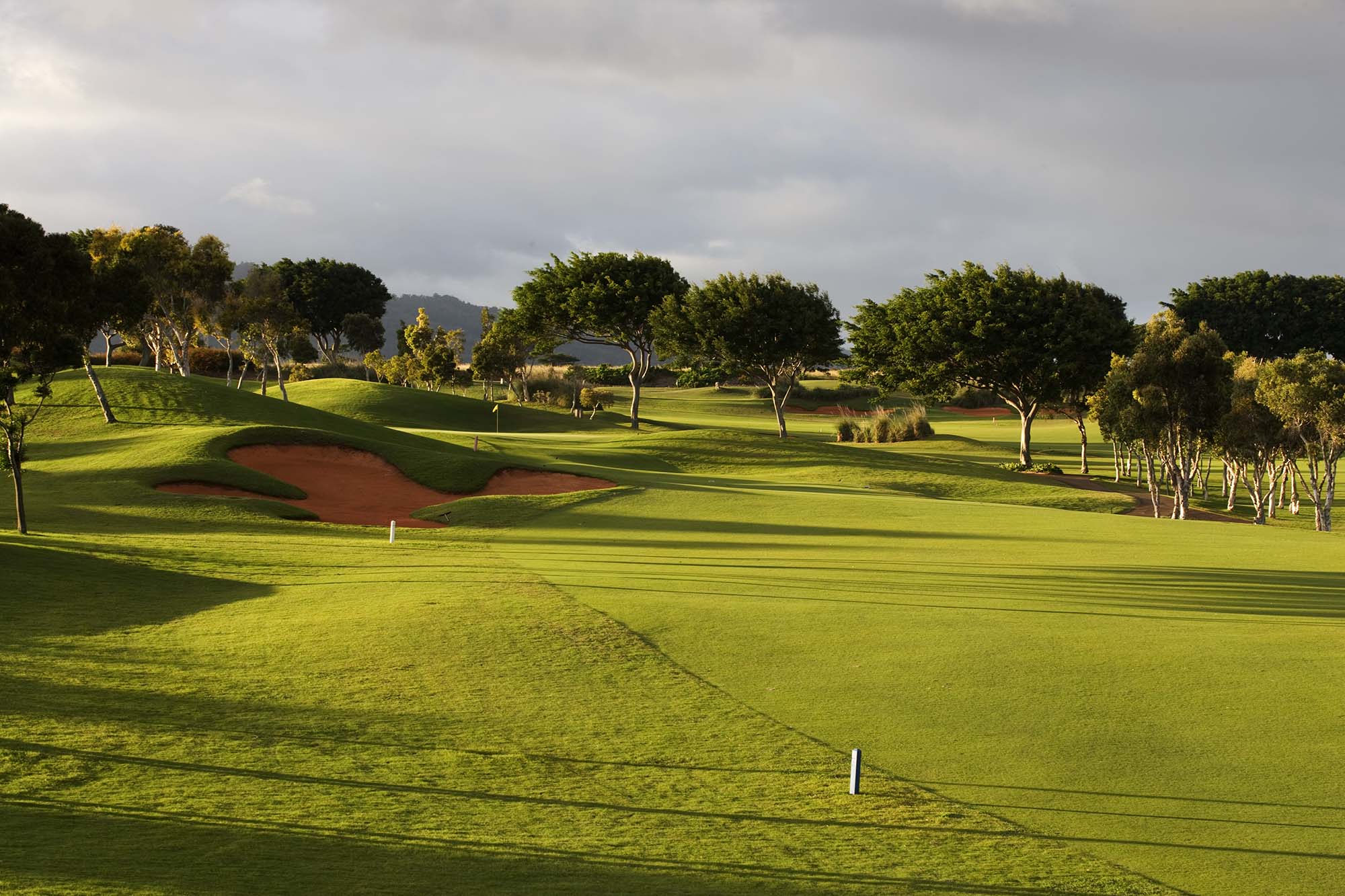 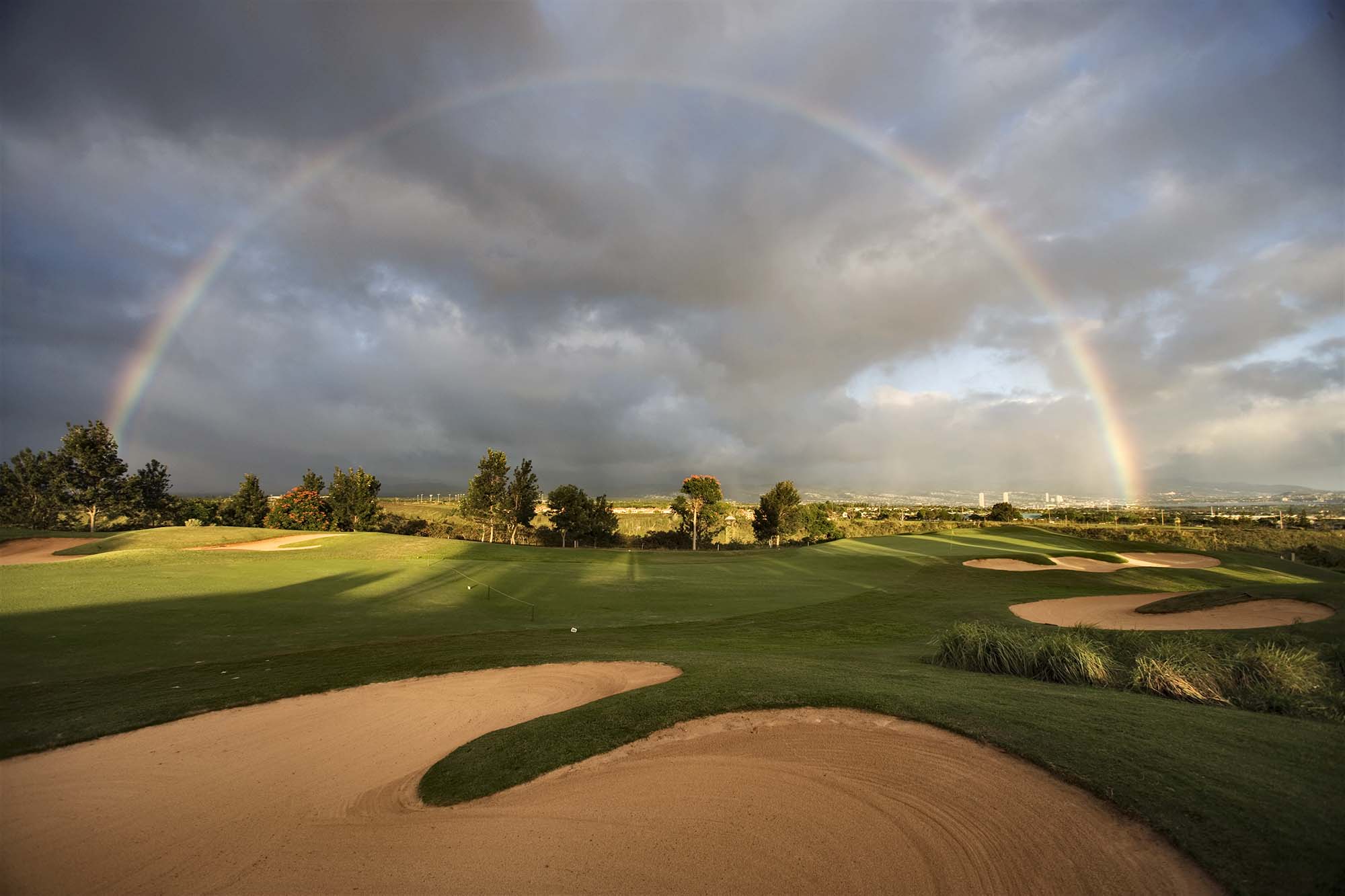 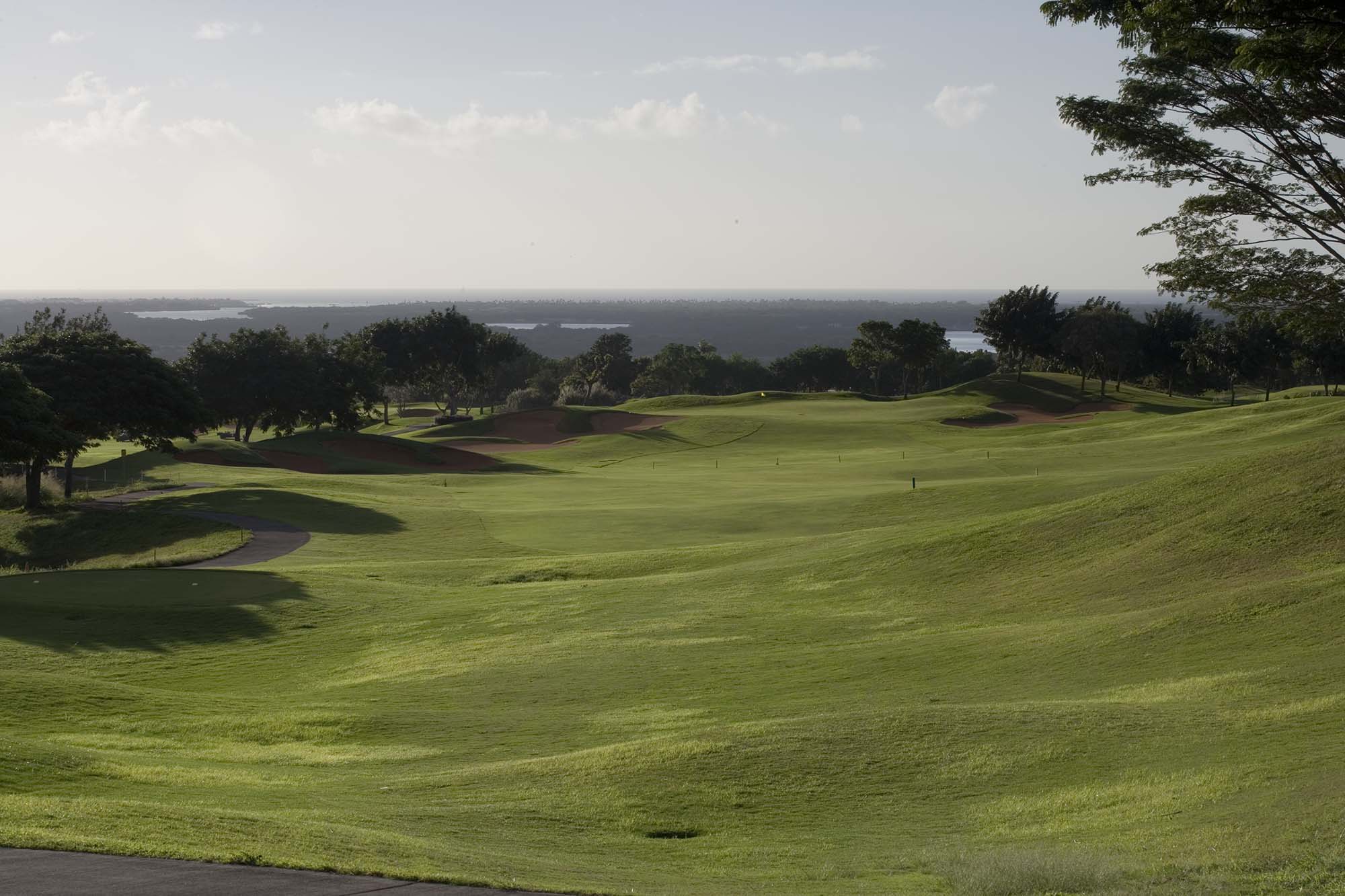 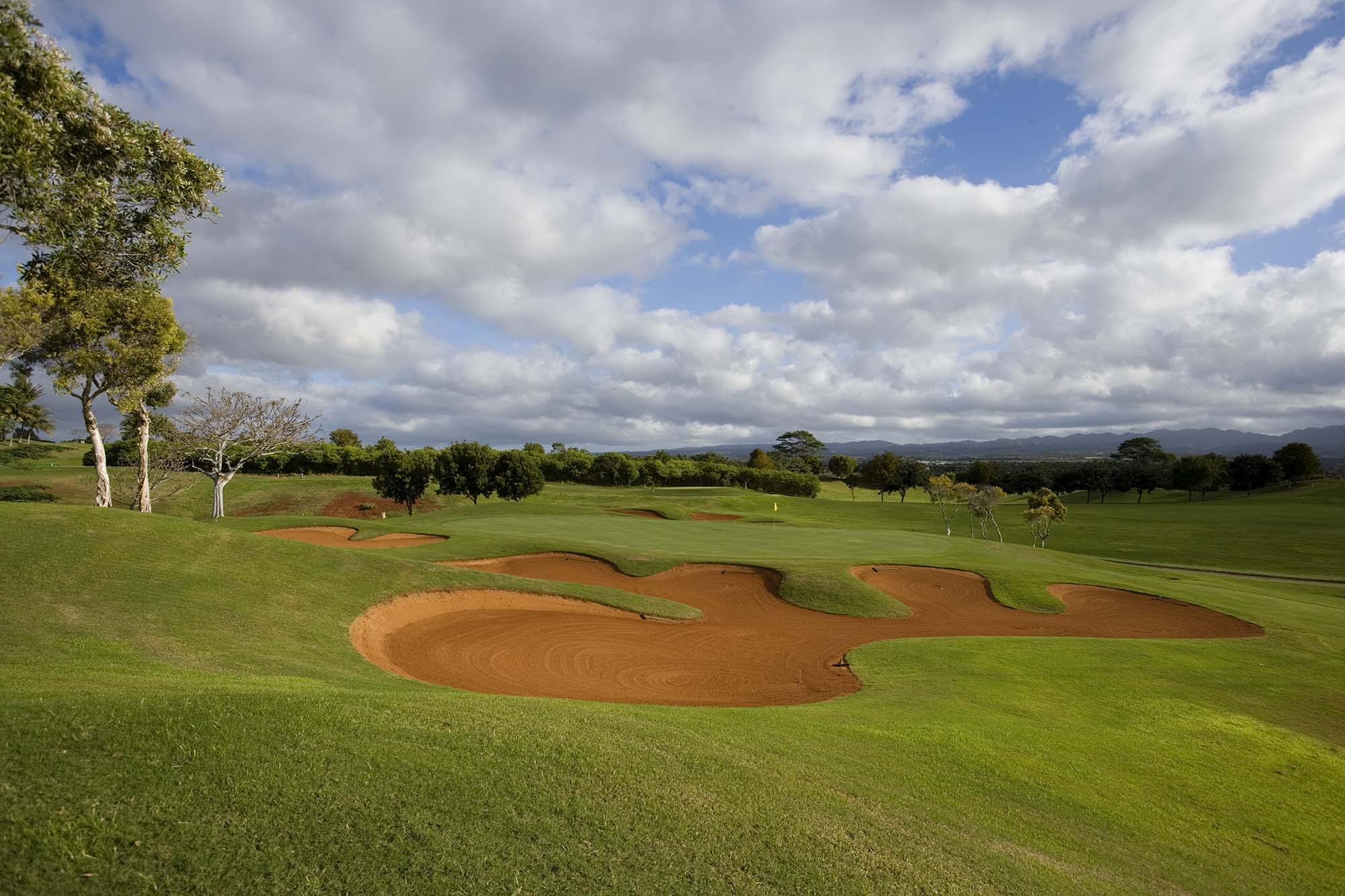 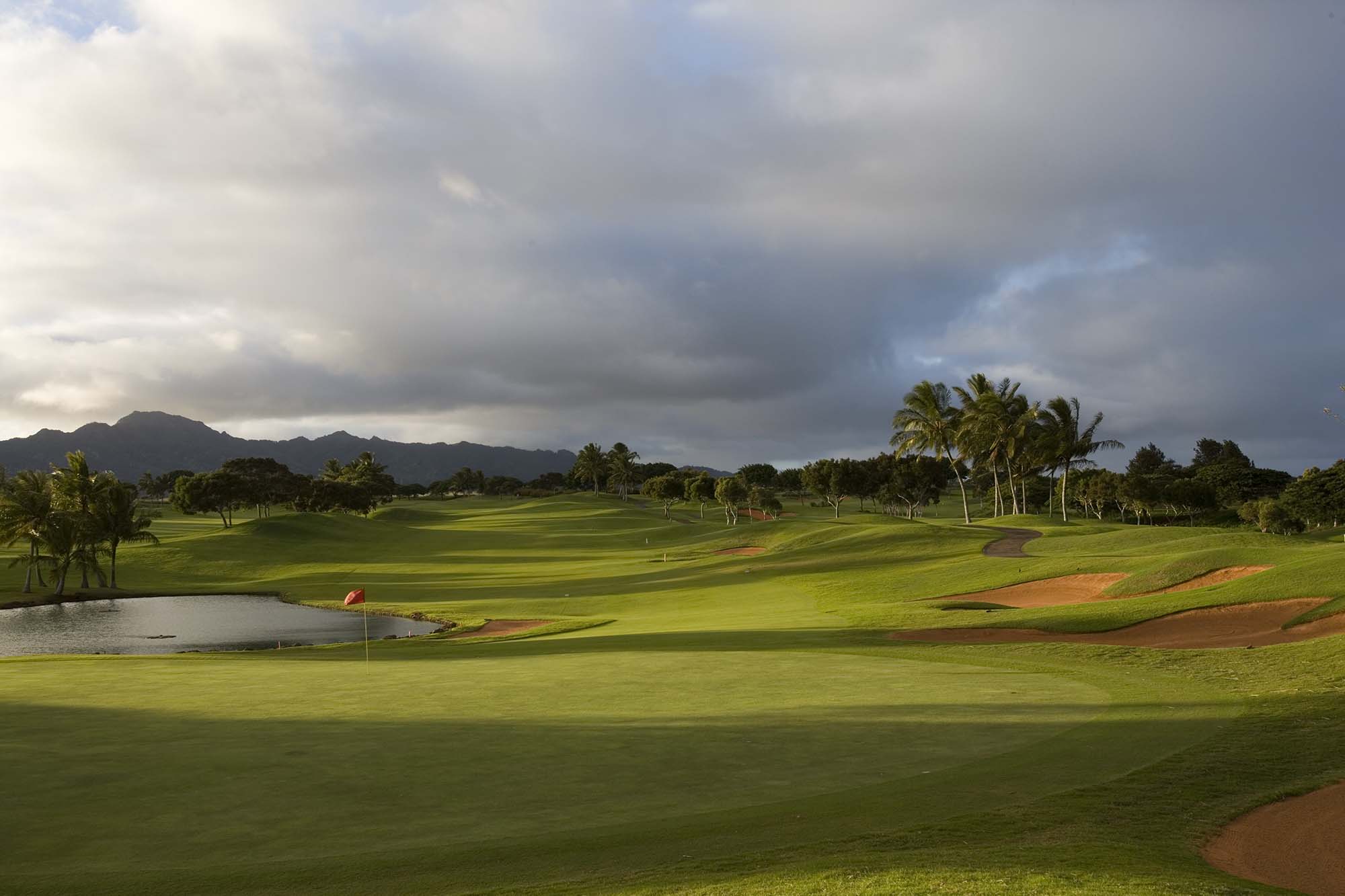 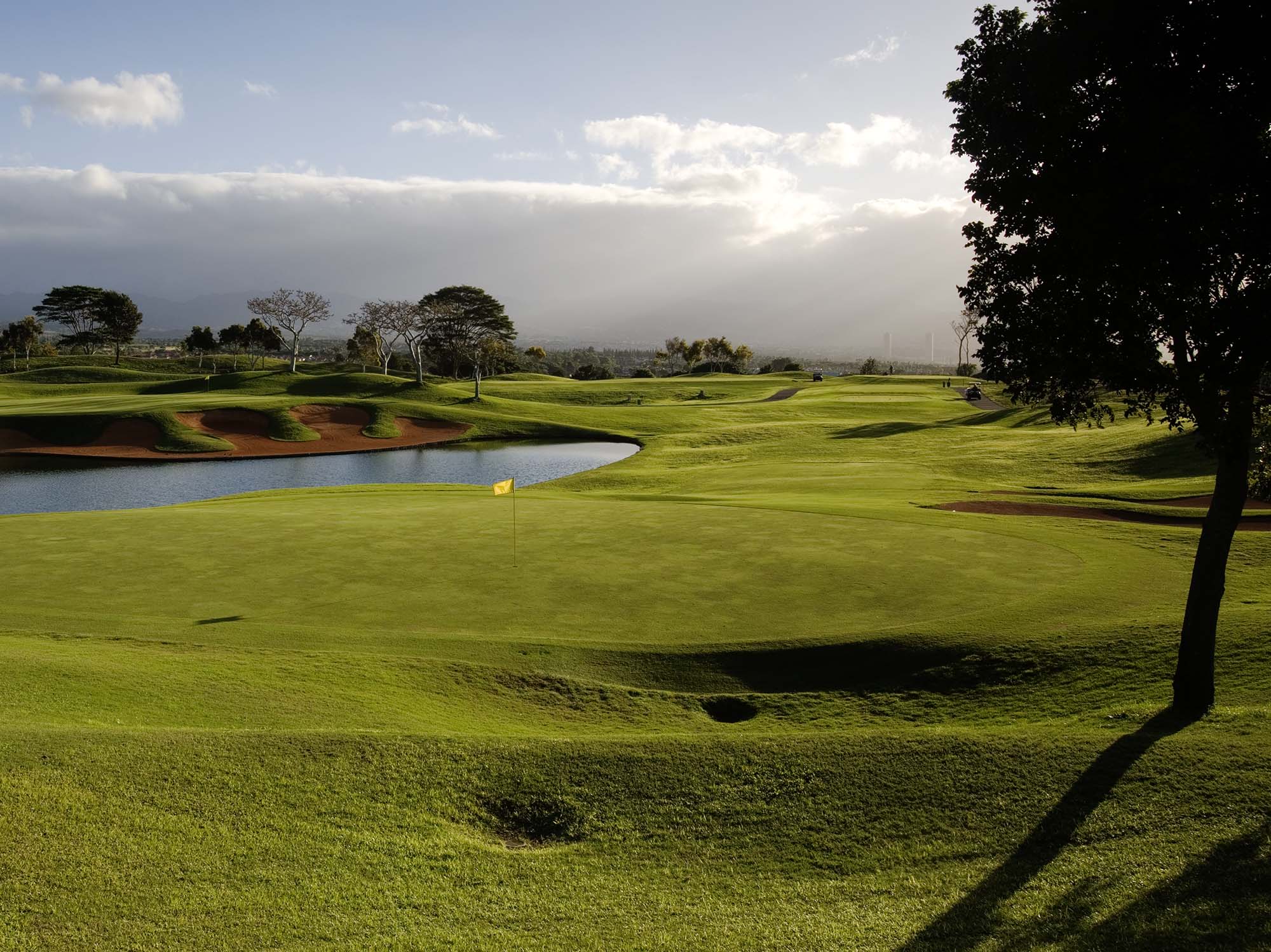 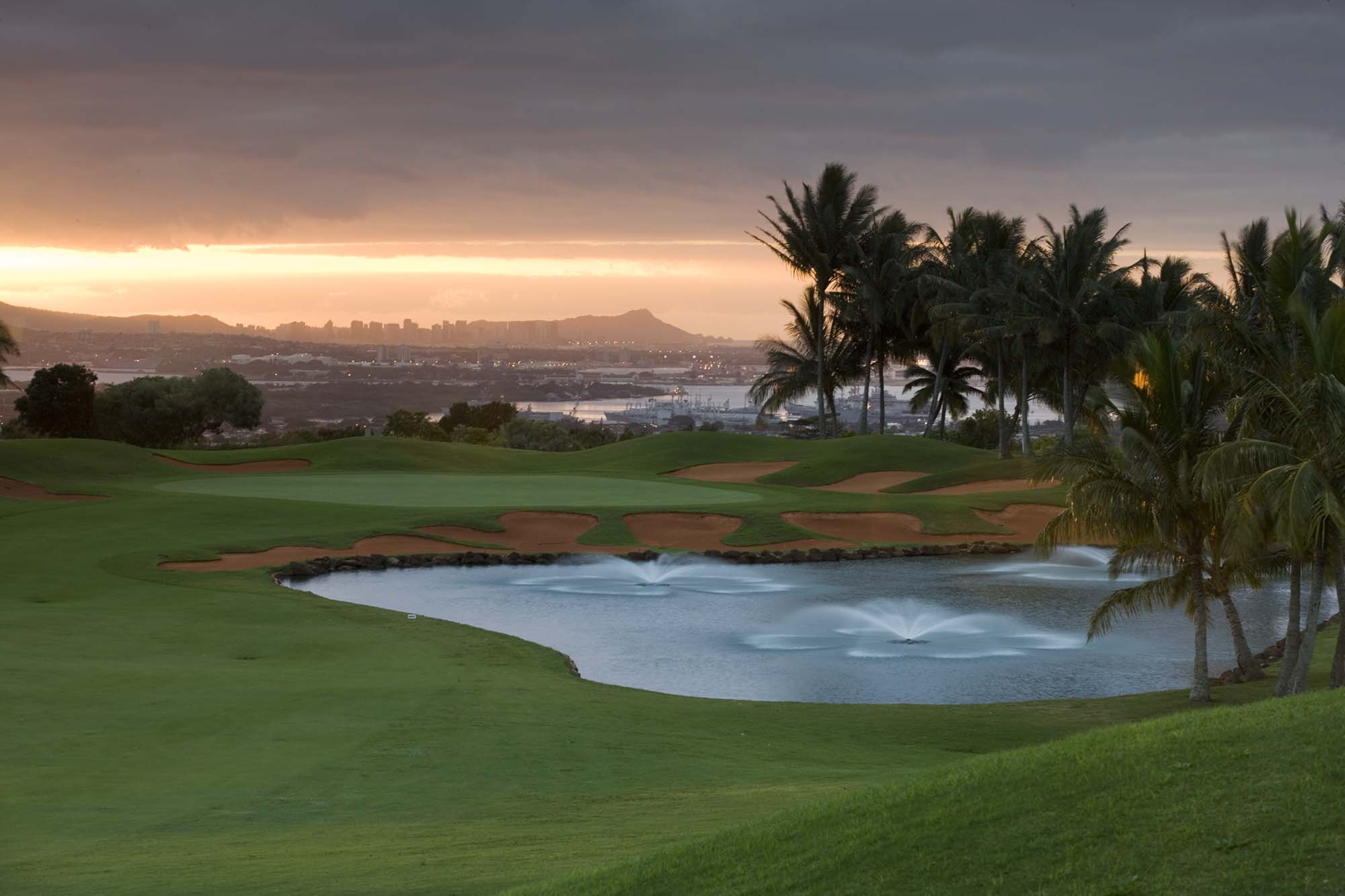 This championship course sits high above Pearl Harbor and has commanding views of the Pacific Ocean, Pearl Harbor, Honolulu, Diamond Head, the Koolau Mountains and the Waianae Mountain Range.

The course was built from a flat plain of fallow sugar cane land and features tremendous rolling fairways and re-naturalized areas. The course was completed in 1993 and had its grand debut in 2003 after extensive political and legal battles concerning a 25 million dollar impact fee thrust upon it and other golf course developments on Oahu as a result of a law passed by the Honolulu mayor's office in an attempt to curtail rapid golf expansion in Hawai'i in the late 80' and early 90's.

A challenge to overcome was to design the golf course so that floodwaters of Central Oahu would be channelized through, and retained within, the course in a natural manner.